Jan Čižmář is a versatile performer on plucked instruments, focusing on historical lutes and early guitars. After completing his guitar and musicology studies in his native Brno, Czech Republic, he was at the Royal College of Music in London studying classical guitar and later lute with Jakob Lindberg. Following were his studies with Nigel North, Joachim Held, Mike Fentross and Christina Pluhar at the Royal Conservatory in Den Haag, The Netherlands. As well he has taken masterclasses with Hopkinson Smith, Evangelina Mascardi and Yasonuri Immamura. He was awarded MA degree with special mention for his research work brought into practice. Currently he is a PhD. student in the field of early music at both the Masaryk University and at Janáček Academy of Music.
In Poland, he is part of research team focused on lute music collection of Krzeszów monastery library, where he is systematically recording local manuscripts on CDs and video (the most recent CD Saint Amour and video project Ksiega na lutnie).
Apart of performing as soloist with baroque and renaissance repertoire he is regularly working with various chamber ensembles. He is artistic director of Plaisirs de Musique, an ensemble specialised in authentic interpretation of early music on period instruments. Members of the ensemble are leading european instrumentalists of early music movement as well as singers, dancers and actors.
Jan Čižmář is regularly performing in concerts and opera productions in Europe and USA with groups such as Royal Concertgebouw Orchestra, Orchestra of the Age of Enlightenment, Orchestra of the Eighteenth Century, Rotterdam Philharmonic Orchestra, Collegium 1704, Cappella Cracowiensis, Wroclawska Orkiestra Barokowa, Il Tempo, Arte dei Suonatori, or {oh!} Orkiestra Historyczna under conductors such as Frans Brϋggen, Christopher Hogwood, Giovanni Antonini, Yannick Nézet-Séguin, Christina Pluhar, Václav Luks or Christophe Coin.
In his non-early music past he was busy as a rock, jazz and later as a classical guitarist. He toured Europe with New York production of Jesus Christ Superstar as a rock guitarist and has appeared on stage a.o. with the Lindsay Kemp Company — Spanish tour of Elisabeth I: El ultimo baile, Leine & Roebana Dance company, a.o. He was the founder and editor-in-chief of the Czech guitar and lute magazine Kytara and regularly contributes to other musical periodicals. He has also worked as a musical editor for several publishing houses including Bärenreiter.
Since 2010 he is programming director of Early music concert cycle and Summer festival Musical Delicacies. Since 2013 he is musical director for baroque operas of Opera on tour, having produced their first staged production (Domenico Sarri: Didone Abbandonata) in 2014, leading an international cast and {oh!} Orkiestra Historyczna.
Jan Cizmar has been teaching at the Akademia Muzycna im. K.Szymanowskiego in Katowice. Currently he is teaching at the Janáček Academy of Music in Brno and at the Masaryk University in Brno. He is colaborting regularly with Uniwesytet im. Fr. Chopina within Forum Muzyki Dawnej and also teaching regularly at the Miedzynarodowa Letnia Akademia Muzyki Dawnej (Wilanów/Warszawa). 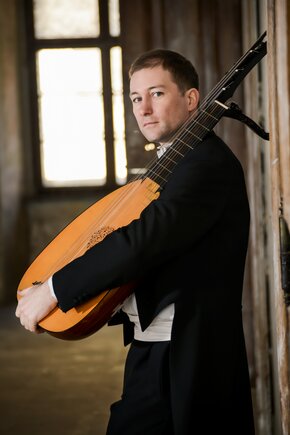