Born in Hefei, Anhui Province, China in 1957, Professor Changjun Xu graduated from Anhui Arts School in 1978, studied and graduated from the Composition and Conducting Department of Shanghai Conservatory of Music in 1986, and completed his graduate study in Central Conservatory of Music in 2000. In 1995-1996, he studied in Conservatorio Giuseppe Verdi di Milano, Italy. In 2001 he visited Columbia University, USA, as a visiting scholar, and in 2007 he became the first Fulbright research scholar at the University of Missouri-Kansas City, USA.

His major musical works include: Swords for solo liuqin, Ji (Solitude) for chamber ensemble, symphonic cantata Our Motherland, Jiang Xue (Snow on the River) for a cappella mixed voices, song cycle Colored Map, art song Yellow Land’s Love, Yellow River’s Soul, concerto Phoenix for Yangqin and Chinese orchestra, Reverie of Matsu, Dragon Dance, and Fusion (all for Chinese orchestra), Pipa concerto A Tour in Yunnan, Rhapfest for orchestra, concerto Phoenix for Yangqin and symphonic orchestra, symphonic poem Snowy Plateau, symphonic sketch The Beautiful Tianjin, among many other works. His works have been awarded many times, and he was selected into Who is who in China:1988. He published a number of papers and translations; his doctoral dissertation 13 Sequences by Luciano Berio was nominated for “Elite Doctoral Dissertations” by the Ministry of Education, China, and was published by the Publishing House of Shanghai Conservatory of Music. The graduate theses and doctoral dissertations that he directed are ranked “excellent” in Central Conservatory of Music.

He served as assistant to the president of Central Conservatory of Music (CCOM) in Beijing from 2002 to 2004 and vice president of CCOM from 2004 to 2010. Since June of 2010 he has been the president of Tianjin Conservatory of Music. During his tenure in Tianjin, he founded “Tianjin May Festival” in 2011 and has successfully held five sessions till 2017, which has produced positive and far-reaching social influence; and has become a well-known cultural event of Tianjin. As an administrator of art academy, he has always been committed to improving the quality of talent training and promoting international exchanges and cooperation. In particular, he and Prof. Joseph Polisi, president of the Juilliard School, started in August 2011 to explore the establishment of the Juilliard School’s first joint educational institution other than the New York campus. Currently, he is also serving as the first chancellor of Tianjin Juilliard School. 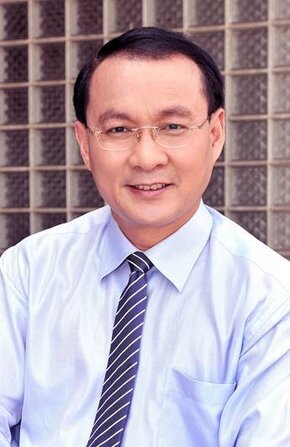