American composer and pianist Eric McElroy has performed throughout the United States and Europe, garnering numerous awards at both state and national competitions. He has composed extensively for solo piano, voice, choir, orchestra, and various chamber ensembles, with works receiving performances in Germany, Austria, Spain, the United Kingdom, and throughout the United States. He has become especially known for his song-settings of contemporary poets, including collaborations with Gregory Leadbetter, Grevel Lindop, and Ruth Fainlight, as well as song-settings of poetry by Alice Oswald, Carol Ann Duffy, and W.S. Merwin. Somm Recordings is currently producing a CD of Eric's song-cycles with the distinguished tenor James Gilchrist for release in 2022.
A committed advocate for lesser-known repertoire, Eric has given regional premieres of pieces by American and British composers, including John Ireland, Arnold Bax, William Baines, and Lord Berners. As a collaborative pianist, he has performed in some of Europe’s most distinguished concert halls, notably the Musikverein, Wiener Konzerthaus, Birmingham Town Hall, Symphony Hall, and the Palais des Beaux-Arts in Brussels. In addition to presenting traditional programs, Eric has explored various alternatives to the standard concert format, and he has designed a series of themed lecture-recitals which explore the cultural and historical intersections of music with other fields such as history, literature, and poetry. Recent examples of this are his programs From the New World: Sounds of the American Piano and The Slaughter of the Times: English Piano Music and the First World War. In addition to his wide-ranging involvement in 20th century repertoire, Eric is a proponent of the music of living composers. He has worked on many occasions with student composers and has also participated in masterclasses and concerts with some of the leading composers of our time, including Frederic Rzewski, Lowell Liebermann, John Joubert, Howard Skempton, Ian Venables, Karlheinz Essl, Edwin Roxburgh, and HK Gruber. He is the current Editor of the Arthur Bliss Society Journal.
After earning his Bachelor’s degree with Gerald Berthiaume at Washington State University, Eric moved to Vienna, Austria where he obtained a Master’s degree under Klaus Sticken at Musik und Kunst Privatuniversität der Stadt Wien. He was the only pianist of his graduating class to pass with full honours (mit Auszeichnung bestanden). In 2015, Eric won the prestigious Music Teachers National Association (MTNA) Young Artist Composition Competition, and he remains the only person ever to have won the Washington State Music Association Competition, the highest award for collegiate pianists in the state of Washington, in both piano and composition. In 2017, Eric completed an Advanced Diploma in Professional Performance with distinction at the Royal Birmingham Conservatoire where he studied with Mark Bebbington and Margaret Fingerhut. He teaches piano at Oxford's Dragon School and is a doctoral candidate and Tutor in Music at the University of Oxford (Merton College). 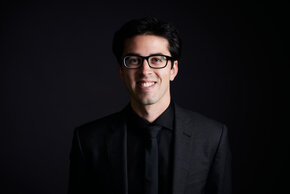