Annette is a prizewinner of international competitions in Europe and the US and has performed as soloist with many orchestras, including the Sudwestrundfunk Orchester, RTE Concert Orchestra and the National Symphony Orchestra (Ireland). In 1989 she was the first Irish musician accepted to the prestigious Schleswig-Holstein International orchestra which toured Europe and Russia with Leonard Bernstein.

At present, Annette teaches at the Royal Irish Academy of Music where she is also pursuing a Doctorate degree with Denise Neary. Annette gives master classes at Ceol na Mara Summer School for Strings in Connemara, and has been artist-in-residence at two primary schools in Co. Wicklow. She plays as guest principal with the National Symphony Orchestra of Ireland. As part of her current research, Annette has presented a paper at the recent Society of Musicology in Ireland Conference at National University of Ireland, Maynooth.

While living in the US, Annette studied baroque cello and played as soloist with Los Angeles Music Viva, which was founded by James Tyler and more recently she has worked with the Irish Baroque Orchestra. 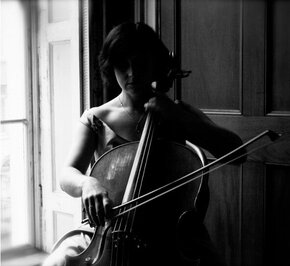