German born pianist Claus Raible started performing professionally at age sixteen. Still in his early twenties, Claus had the chance to perform with such stellar musicians as Art Farmer, Andy Bey, Mark Murphy. After graduating Graz Music University with honors in 1992, Claus moved to New York City, where he formed his Sextet which turned into a successful working and touring formation. At the same time he continued building his reputation as a sideman and soon started appearing in many of the NYC jazz clubs with greats like Ben Dixon, Brad Leali, Valery Ponomarev, Jimmy Lovelace. In 1998 Claus returned to Munich, Germany, and began splitting his time between the USA and Europe, touring extensively with his own projects as well as a sideman. Some of the greats that Claus has been working with include: Jimmy Cobb, Ira Coleman, Charles Davis, Jesse Davis, Herb Geller, Benny Golson, Dennis Irvin, Lewis Nash, Alvin Queen, Ack van Rooyen, Ed Thigpen, Charles Tolliver, etc. Furthermore, Claus Raible has built a career as an arranger / composer and done numerous works on commission for small groups as well as for orchestras. He has written featured arrangements and compositions for the orchestras of Brad Leali, Al Porcino, Jesse Davis, Dusko Goykovich, and numerous radio orchestras. As a leader Claus is currently fronting his own trio and a small orchestra of ten pieces.
Claus has been engaged at different academic institutions over the last 15 years. Currently he is teaching at University for Music and Theater in Munich, Germany. He has internationally been holding numerous clinics and master classes in Europe, USA and Asia.
Today Raible is one of the driving forces of the European jazz scene: A terrific musician, composer and arranger. 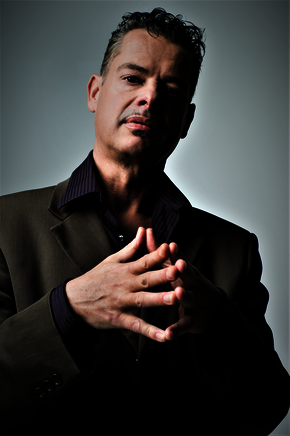