One of the most gifted and prominent of all twentieth-century Lithuanian musicians, Balys Dvarionas was a musical polymath who excelled as a composer, pianist, conductor and teacher. He viewed his native country’s folklore as a fundamental part of his artistic heritage and his aesthetic ideas were formed under the influence of nineteenth-century Romanticism. His violin works occupy a special place in his oeuvre. The Sonata-Ballade is his violin masterpiece, full of idiosyncrasies and luminous warmth, while the miniatures encompass subtle charm and effortless virtuosity.

For the first time complete original works for the violin and piano, including some of world premier pieces, were recorded in May 2017 (Balys Dvarionas: Complete Works for Violin & Piano © 2017, Naxos) by MUK alumni Justina Auskelyte and her colleague pianist Cesare Pezzi and in collaboration with Stefan Schmidl will be presented.

This concert is part of series #DvarionasProject and is sponsored by Lithuanian Council for Culture and Ministry of Culture of the Republic of Lithuania.

Justina Auskelyte
Holding awards from over a dozen competitions Justina performs at major music festivals in  her homeland Lithuania, together with symphonic and chamber orchestras, including Lithuanian National Symphony Orchestra, Kaunas City Symphony Orchestra, Lithuanian Chamber Orchestra or St. Christopher Chamber orchestra, as well as with the distinguished chamber ensembles, including Ciurlionis String Quartet and Musica Humana.
In May 2016 Justina made her debut at Musikverein Concert Hall in Vienna, performing the 2nd Violin concerto of H. K. Gruber “Nebelsteinmusik” with the composer conducting his piece.
Justina's artistry comes from a distinguished lineage of teachers. Since 2006 she has been studying with the renowned violinist Pavel Berman at the International Music Academy “Incontri col Maestro” and later at the Academy “Lorenzo Perosi”. Simultaneously she continued her studies at the Lithuanian Music and Theatre Academy with the distinguished professor Jurgis Dvarionas. Justina also mastered her playing technique with the legendary violin professor Boris Kuschnir at the University of Music and Performing Arts in Graz and later at the Music and Arts University of the City of Vienna. In May 2015, having studied under the guidance of the late Stephen Clapp and Laurie Smukler, she gained a Master of Music degree at the Juilliard School in New York.
Currently the violinist is back to her hometown Vilnius. Recently she has been appointed professor assistant’s position at the Lithuanian Music and Theatre Academy in prof. Jurgis Dvarionas’ violin studio. Justina continues performing in Lithuania and abroad as a soloist and chamber musician, participating in music festivals and innovative art projects.
More information about the violinist: www.auskelyte.com

Cesare Pezzi
“A pianist with a rare sensitivity and natural pianism” - these are the words of the great Italian pianist Maria Tipo about Cesare Pezzi.
Born in Ravenna (Italy) in 1989, he began studying piano at a very young age and made his debut concert at the age of 6.
Cesare studied at Pesaro Conservatory “Rossini” and with the highest honors graduated from the Conservatory “Cherubini” in Florence, studying under the guidance of the Argentine pianist and professor Maria Teresa Carunchio.
Cesare participated at the masterclasses with the distinguished pianists, including Elena Ashkenazy, Bruno Canino, Dario De Rosa, Pier Narciso Masi, Vladimir Ogarkov, Sergio Perticaroli, Daniel Rivera, Pavel Vernikov.
The pianist performed at important Italian festivals, including Associazione Mariani and Settembre Musicale Dantesco (Ravenna), Dieci Giornate of Brescia, “Città di Lucca” Festival, Estate Musicale Romana, Maggio Musicale Fiorentino, Kristupo Vasaro Festivalis in Vilnius and is continuously performing in major Italian cities and abroad.
The finalist with an Honorable Mention at the TIM International Music Tournament 2010 in Verona (Italy), Cesare is the first prize winner at the “Vito Frazzi” Piano Competition in Florence and the “Silio Taddei” Competition in Livorno.
Cesare has performed with a number of orchestras as a soloist, including the Youth Philharmonic Orchestra, the EGR Orchestra, the “Corelli” in Ravenna and the Orchestra Regionale Toscana ORT, working with the distinguished conductors Jacopo Rivani, Paolo Ponziano Ciardi and Carlo Goldstein.
More information about the pianist: www.cesarepezzi.com 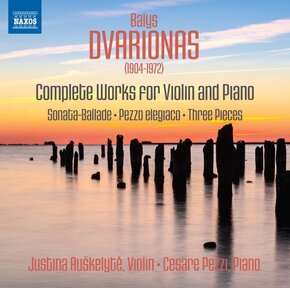